Whether it is for work, education, creative projects, or all of the above, purchasing a laptop is a significant expenditure. A laptop is far more than a decision between a Mac or Windows. This is the definitive guide to buying a laptop!

Things might rapidly get perplexing once you begin looking for a laptop. Now, there are several brands to choose from, and new versions are released virtually every month. Furthermore, everyone declares themselves to be the finest.

Let’s dig into the article and find what to look for in a laptop.

As technology evolves, laptops have progressed significantly. Nowadays, you have laptops that are extremely powerful yet weigh less than a kilogram.

Also, laptops are generally classified into three types based on their operating system: Windows, ChromOS, and macOS. With the majority of laptops delivered in the previous several years, Acer, HP, Dell, and Asus are the industry pioneers in the field of brands. Gaming laptops that are in a class by themselves are required for those who only play computer games. It’s crucial to take your time, conduct your research, and read reviews before deciding on a laptop.

There are a variety of features that are more significant when purchasing a laptop. Those key features are mentioned below.

Laptops for all purposes

There are so many more laptops on the market, like business laptops, special-purpose laptops, and gaming laptops, too. Several online websites, like Laptops Studio provide the ultimate guide to these laptops’ categories. So you can easily pick your favorite laptop according to your needs.

The processor, often known as the central processing unit (CPU), is the laptop’s brain. It is only as powerful as its brain. There are two options when it comes to CPUs: Intel or AMD. Qualcomm and Apple’s new M1 chip are two more CPU manufacturers.

Intel CPUs are well-known for their speed. Therefore, luxury laptops will include the highest levels of them. The Core i3, i5, i7, and i9 are the most recent Intel Core CPUs, with the i9 being one of the most efficient.

AMD, on the other hand, makes the well-known AMD Ryzen processors, which are now in their 3rd generation.

It’s not hard to select a laptop depending on its CPU. Regardless of operating capability, try to get the most recent processor. Take note of the cores, clock speed, and L cache.

The hard disc of the laptop is referred to as storage. This is where the entire system records, and also your stuff, is usually stored.

This specific service has been continuously increased by manufacturers throughout the years. Affordable laptops having tens of GBs of memory are commonly available. Nowadays, most high-end laptops offer storage in the terabyte range.

Modern devices nearly always have a solid-state drive (SSD), which is more dependable and faster to boot. Older laptops, on the other hand, had a hard disc drive (HDD).

It should be noted that Chromebooks lack both HDD and SSD memory since they use NAND Flash storage tech, which is quite restricted.

Your laptop’s visuals are processed by the graphics processing unit (GPU), often known as a video card. It controls the laptop’s display, therefore the stronger the GPU, the sharper the visual rendering.

GPUs are divided into two categories:

NVIDIA and AMD are the two firms that make GPUs. NVIDIA is perhaps the most widely used devoted GPU in laptops, and it comes in various models (GTX and RTX). In gaming laptops, AMD RX is increasingly frequent.

When selecting a laptop, don’t forget to consider the ports. Many ports were available on older machines, but this is no longer the case with current, smaller laptops.

What are the best ways to find a laptop with enough ports? Examine the brand’s description of machine ports.

Also, think about how you use ports. Will you be using a different monitor? Then you’ll need USB-A or HDMI ports. Will you be wearing earbuds? If that’s the case, you’ll need a headphone jack. Because the modern laptop has a slim body and is small in size, it may compromise too many ports. But you have to find it according to your needs. 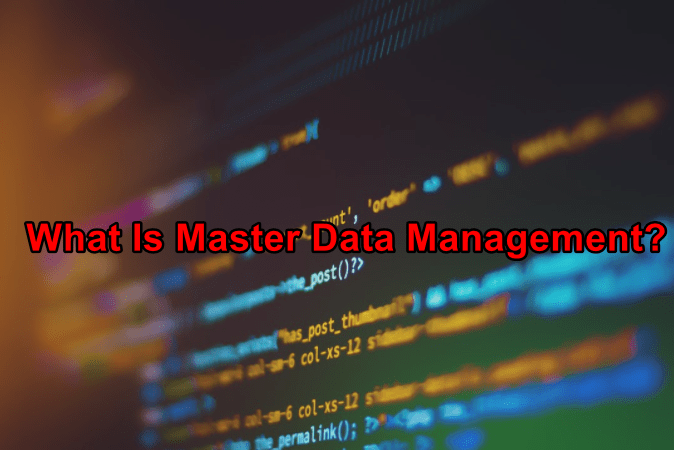 What Is Master Data Management? What is Master Data?

Why Choose NAS100 Broker for Trading